Not all marriages end up in happily ever after. The aftermath of divorce can be quite devastating and can take an emotional toll on you. When minor children are involved, the emotions even run deeper. At time of the divorce, if minor children are involved, determining who gets child custody is usually a central issue. Child custody laws are determined on the basis of state law. The article below lays out the basics of child custody, including the types. 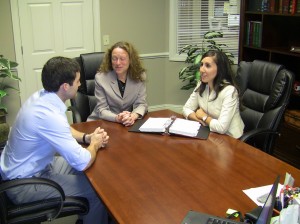 If the court awards primary physical custody, child mainly stays with one spouse for majority of the time. In awarding primary physical custody, court generally assesses how parenting time is allocated between you and your spouse. In Georgia, there is no set time that you or your spouse is required to spend with the child. Determining the exact number of time the child stays with a parent often varies case-by-case basis. However, in legal practice generally, a parent can be granted anywhere from none to all the time with the child. However, in majority of the cases, the time a parent spends with the child is usually somewhere in the middle.

If you are awarded sole physical custody, you will be responsible for taking care of child’s basic needs, including the basic necessities that a child generally requires for healthy upbringing- clothes, shelter, safety, and food.

The court also has the discretion to award split custody. Under Georgia law, split custody is awarded in situations where there are two or more minor children involved from the same parent. One parent is custodial parent for one of the children and the other parent has the custody of the other children. Under a split parenting situation, no child shall have more that one custodial or non-custodial parent. Typically in a split parent custody situation, two children get joint visitation every alternate weekend with the parent to keep the significant ties intact.

In a divorce case, custodial matters are considered to be essential and can be mentally excruciating. However, you do not have to go through this alone. The custody matters in the state of Georgia often focus on minor details; therefore it is important for you to consult your local family law attorney. This article is only written for educational purposes, and as always it is generally advised to consult your local family law attorney when dealing with the complexities surrounding child custody matters. Call us today at 770-609-1247 to discuss your case with one of our experienced divorce and family law attorneys.